Players in the sports business may not be fully adept to living a more frugal lifestyle when things get a bit rough. Financial stability is key, especially when the league is on the verge of a lockout. Players need to be smarter in how they spend their salary. The NFL Players Association is already warning players to prepare for a possible work stoppage in 2021. In fact, an email was sent on Tuesday by the NFLPA Executive Director DeMaurice Smith regarding the potential lockout situation for 2021. He advised NFL agents to tell their clients to better manage their money for the upcoming season due to the pending collective-bargaining agreement expiring in 2020. As a result, the work stoppage could last a while. Smith says, “We are advising players to plan for a work stoppage of at least a year in length.” 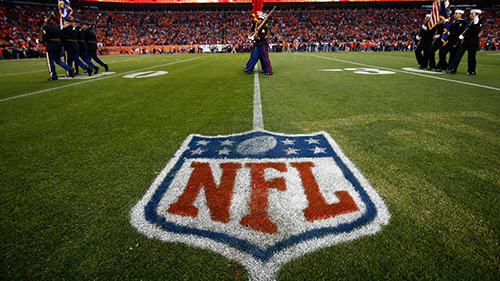 While things have a bit on the hush, a representative from the NFLPA did confirm that this email was authentic. Of course, this whole situation isn’t brand new. There was a lockout situation in 2011 during negotiations, which banned players from team facilities during March-July. Also, NFL players haven’t been on strike since 1987. In that case, replacement players filled those spots. Liz Mullen (Sports Business Journal) sent out a tweet regarding the email. She stated, “NFLPA Exec Dir De Smith sent an email out to all NFL agents this morning, advising them to urge player clients to save money in the event of a work stoppage.”

Player compensation and the request for more guaranteed money on contracts are a couple of the major ordeals that the NFL is going to face pending this lockout situation. Star running back of the Los Angeles Rams, Todd Gurley, warned players back in July 2018 that they need to prepare for the worst-case scenario. “For right now, we just need to come together and be prepared. You always have to be prepared. We’ll just come together, pull up a couple different ideas and go on from there. You definitely always have to be prepared for certain situations,” Gurley stated.

There’s always a chance when the salary cap is tipped over or no agreement can be made. Of course, there are measures to prevent this from happening, but the current ordeal is partially as a result of an agreement that needs to be fixed after 10 years. NFLPA president, Eric Winston, has asked players to prepare for this work stoppage to occur in early 2021. “At some point down the road here, we’re going to get together with ownership and we’re going to see if we can figure it out,” Winston stated on the “McNeil & Parkins Show” on Thursday. In case things do go left, he wants to make sure the players are properly prepared for the situation. This way, they can be ready and help go through the ordeal in the best possible manner.

He states, “I’m also charged with getting my guys ready. And getting my guys ready means educating them on what a lockout looks like, what a strike looks like, what a work stoppage looks like, and getting them prepared. Hopefully if we can prepare for the worst and be prepared and show the other side that we’re ready to roll, then obviously that prevents it.” While no one wants a lockout, he’s absolutely real in the fact that it could happen. Of course with the previous one in 2011, this is something not to rule out, because “history does have a tendency to repeat itself.”

He also knows that people will tread softly on the negotiation table. While the players do bring in the fans, they don’t have much of say so. The owners look at them as more of a stock into a business. Winston goes further by saying, “It’s not a player-friendly league anymore. Maybe one day it was. But now they look at players as if (they are) a commodity. And that’s unfortunate because the players make the game. And I think when you support the players and when the players do well then the game does well and everybody does well.”

It’s a troubling situation and they certainly want to meet halfway on it. However, they’re preparing for the worst. Ultimately, a 2011 lockout situation can occur again. The important thing is knowing how to get the players ready in case extreme measures are taken. Making sure that the well being of them is certainly a priority as things come closer to 2021.

How To Work And Avoid Side Effects In Dianabol Result?

NFLPA Advises Players to Save Their Money Pending NFL Lockout 2021

The Odds in Sports Betting

How To Work And Avoid Side Effects In Dianabol Result?